Two Thumbs Up for Avatar 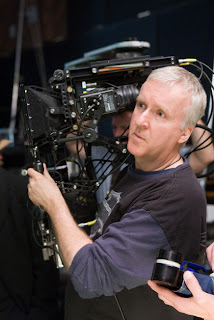 Well, that's what the consensus seems to be on the Internet.

On Friday, I was alerted to the fact that reviews for Avatar had came out by a tweet from Veronica Belmont.  Upon receiving the tweet I headed over to digg.com where I found 'The Hollywood Reporters' review.  I also went over to Rotten Tomatoes where, as of the writing of this post, Avatar currently has a score of 90% with 38 reviews.  It seems that overall people are positive about this film.  Even hard to please Robert Ebert has given this film the thumbs up.

I'm really glad to finally be writing something positive about Avatar.  I think that James Cameron is an amazing director and the fact that this film was marketed so badly made me a little sceptical as to whether or not he could pull it off.  Now that I know that he has done it again, in producing a great movie, I can try and feel excited for Avatar.

But, I have to wonder if these reviews come to late for Avatar.  There are now 11 days left till Christmas and people are usually busy during the holiday season.  Will people have time to look at reviews?  People like us, who regularly read blogs and other news sources know about these reviews.  But, does the ordinary person have that time or interest to go looking for reviews for Avatar?  I'm not sure.

Also, is it to late for Avatar to give people that 'I must see this now feeling'.  When Watchmen came out, I made sure I saw it on the first day it came out, by going to the first showing of the film.  When Batman Dark Knight came out I went the first day by myself to see it since my friends weren't ready to see on the first day.  Even though the reviews that have come out for Avatar are overwhelmingly positive, I still feel the film is missing the 'I must see this now feeling' that any big film should have.  Certainly I may be wrong and you can tell me in the comments.  .

Truth be told, I hope I'm wrong.  I want to see Avatar succeed.
Posted by Chris Everything at 12:26 AM