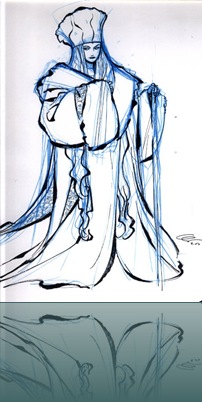 This is really cool.

While, every other company has turned to 3-D computer generated animation for films, its good to see Disney returning to its roots and going back to the good old 2-D hand drawn animation. Don’t get me wrong I enjoy many of the computer animation films that come out. I just don’t want to give up my 2-D animation.

Also, its good to see them bringing out a new ‘Winnie The Pooh’ and a new property ‘The Snow Queen’.  Recently, Disney just hasn’t been doing animation.  Well, at lest not doing good animation, as they produced a lot of direct to DVD stuff. (I’m sure Walt Disney would have roll over a few times if he ever saw Lion King 1/2. It was bad.)

In any case, its good to see Disney creating again.  Hopefully Disney can keep the ball rolling this time.

*****By the way, I forgot to site the source of the information for this post.  I found the story over at Slashfilm.  If you want more information just head on over there.

Posted by Chris Everything at 2:18 PM