DC to Unveil The Plan 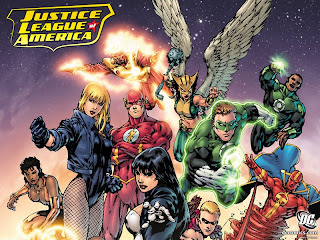 The Movie Blog is reporting that DC Entertainment will be unveiling their film plan in the the new year.  Well, that is according to a rumor at lest.

According to this rumors, DC will be following the same route as Marvel has with its coming 'team films'.  In other words, DC will begin to start building to a Justice League film by giving each member of the team their own film.

I really think that this is an amazing idea.  I feel that its hard to really build each character in a team without them having there own film.  Certainly, the X-men franchise did a good job up until the third film, but they did it by focusing on Wolverine and having the other X-men as side characters.  But, by having films for each member of a team, you can afford to take the time to establish each character.

Overall this is really good news for us the fans.  Way to go DC.
Posted by Chris Everything at 12:17 AM