Alice in Wonderland is a Sequel 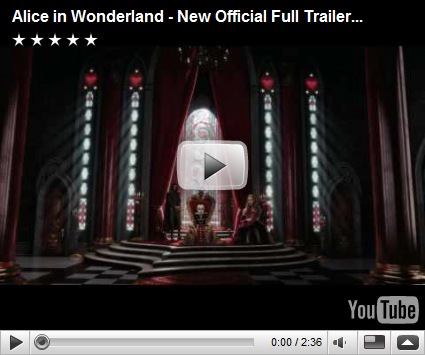 I don’t know about you, but I love Tim Burton’s films.

I like Tim Burton’s great vision and imagination.  I know that some people believe that Tim Burton is over rated, but I find that he is genius, especially when he and Johnny Depp get together.  Anyone that saw ‘Charlie and The Chocolate Factory’ can attest to just how good that movie was.  And I know some of you think that the original ‘Charlie and the Chocolate Factory’ was better,  the truth is  I haven’t seen the original in a long while so I won’t comment on that, but you can’t deny this man’s vision.

But, now that we are learning that ‘Alice in Wonderland’ will be a sequel to the popular tale, it does put an interesting spin on the whole film.  Certainly this means that no one could really draw a direct comparison between the original film and this one.  Also, this means that Tim Burton is now free to create anything that he feels like creating.  Tim Burton Unleashed if you could call it that.

Is it good news that Tim Burton doesn’t have any restrictions?  I’m not sure.  Anyone that has seen his movies know that he in general has done a great job.  I know that ‘Planet of the Apes’ was a bit of a miss, but in general he has been good.

I can’t wait to see what he does with ‘Alice in Wonderland’ and I hope to see it soon.

*****I thought I should mention that I first say this posted over on ‘The Movie Blog’.

Posted by Chris Everything at 1:58 PM