Marvel is Officially a Disney Company 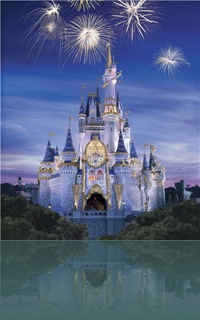 CTV is reporting that Disney’s shareholders have voted to approve Disney’s $4.3 billion take over of Marvel Entertainment Inc..

This deal represents Disney’s largest take over deal since it purchased Pixar for $7.4 billion in stock in 2006.

Personally, I think this is good news for all of us Marvel fans.  Disney seems to be a company that has gotten refocused on what it does best and that is animation.  Anyone that has seen “The Princess and The Frog” know that Disney seems to have hit their stride once again.  (That film was awesome.)   So, I think Marvel and its characters will be served well being in Disney’s ecosystem.  Especially given that Disney has experience producing both animated features and live action films.

One thing that I have to wonder though is, how Disney plans to get back all the rights to the Marvel properties that are currently under contract to other studios.  Also, there is no word on a settlement with the other rights holders for the Marvel catalogue of characters, namely Jack Kirby’s estate that is suing for the rights to the characters Jack Kirby helped to create.

In any case, I think this is a good deal and I hope to see what develops from it.

Posted by Chris Everything at 1:29 PM