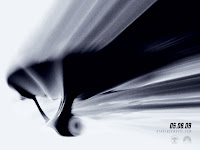 A few days ago,  I found this article entitled '6 Rules for Rebooting a Star Trek TV Series'  over on mania.com.   Although I did agree with the author on many of his points, I disagreed with some of his reasoning, as well as, his 6th rule, "Respect the Timeline".

So, I decided to come up with my own set of rules for a TV series reboot of Star Trek.  But, before I mention these rules I should state that all of this is speculation that there will be a TV series, as there hasn't been a TV series announced yet.
But truth be told, if Paramount makes the decision to go forward with a TV series it will need to be at lest half as good as the movie, which will be hard to do week after week.  Perhaps Star Trek would be better suited as a movie franchise than a TV series at this point.  Then again, I could be wrong.
Posted by Chris Everything at 10:53 PM