Tron is a film that I know will do well. But for a while I’ve been curious exactly just what Tron Legacy would be about.  From the previous trailers it simply seemed like more of a exploration film,  were the main character finds himself in a new land and figure his way out or find someone.  But it seems Tron Legacy will be about a bit more than that.

Posted by Chris Everything at 12:07 PM No comments:

New The Chronicles of Narnia: The Voyage of the Dawn Treader Trailer

Now this looks like it’s going to be a good movie.

I must say that I’m a fan of the Narnia series. I never read the books, but I do have a respect for the work of C.S. Lewis, being a Christian. Personally, I’ve enjoyed each of the Narnia films. I won’t say they were Lord of the Rings level, but I enjoyed them. And looking at this new trailer, I think I’m going to enjoy The Chronicles of Narnia: The Voyage of the Dawn Treader just as much.

Hopefully they will be able to also still try and stay true to the books from the Narnia series as well. What do you think? Are you looking forward to the next Narnia film?

Posted by Chris Everything at 11:23 PM No comments:

Email ThisBlogThis!Share to TwitterShare to FacebookShare to Pinterest
Labels: Film, Movie, Movies, The Chronicles of Narnia: Voyage of the Dawn Treader, The Latino Review

Not too surprising here.

Engadget is reporting that Sprint has decided to axe contracts with Huawei and ZTE over security concerns. According to Engadget even though both Huawei and ZTE bid the lowest bids in the bidding process for some new smart phone contracts, Sprint has decided to decline their bids due to security concerns that were expressed by the US Secretary of Commerce. Apparently the fear is that Huawei and ZTE may have ties to the Chinese government and so the US government doesn't want these companies to be supplying communication equipment due to China's emerging "cyber capabilities".

And you know what? I can't blame the US for being concerned. Many of the attacks against US systems do seem to come out of China. In many ways this shouldn't necessarily prevent Huawei or ZTE from bidding, but I have to admit that there are big concerns here and perhaps the risks are too high to take chances. Then again, it’s not like the US doesn't spy on other countries and we all buy US products. I know that over the years there were some that expressed concerns that Microsoft might have a back door into our computers placed there by the US government. But that never stopped any other country from buying US.

What about you?
Posted by Chris Everything at 10:27 AM No comments:

With each new trailer, Sucker Punch seems to be reeling me more into this film. Sucker Punch has a crazy premise of some girl who gets locked away and imagines this world as her escape from reality. Sucker Punch is fully loaded with dragons, sword fighting, robots and beautiful women. It seems like a film that every guy would want to see, but is it.

Personally, I still feel a bit of hesitation given what happened with the Watchmen. Don’t get me wrong, I actually kind of liked the Watchmen, but I realized that it wasn’t the greatest film ever. Will Sucker Punch fair better? I hope that it does. Although I have some hesitation, I’m really looking forward to seeing Sucker Punch and so I try and look past the Watchmen.

What about you? What do you think of Sucker Punch?

Posted by Chris Everything at 9:24 PM No comments:

Posts will be up this Afternoon

It looks like my keyboard is going to so, I’m going to be running out to buy a new one.  So I should have some posts up this afternoon.

Posted by Chris Everything at 11:20 AM No comments:

Email ThisBlogThis!Share to TwitterShare to FacebookShare to Pinterest
Labels: Sorry

Just Who will be the Villian in Batman 3 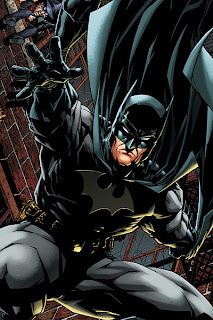 That is the big question circulating around the net today. According to The Week, Christopher Nolan in an interview has stated that The Riddler, The Penguin and Mr. Freeze will not be making an appears in the next Batman film. This ends months of campaigning and speculation online to see the Riddler in Batman's third installment, The Dark Knight Rises.

This has all led naturally to the question, just who will be the villain in the next Batman film? The Week speculates that it could be Catwomen or Killer Croc based on some rumours that Christopher may have been auditioning for a female lead and because there are some plans to film at least a portion of the next Batman film in Louisiana. I have to believe that perhaps neither will appear in the next film. The fact that Christopher Nolan is being secretive about the next villain leads me to believe that he may be going for someone out in left field. And let's remember Christopher could cast another superhero in the antagonist role.

Not to spoil it for those few that haven't seen the Dark Knight, the film ends were Batman, at least in the public, has been painted as a bad guy. So he is the bad guy going into the next film. The antagonist could simply be a hero that comes in to try and stop the Batman. Well or an ambitious villain that wants to take the opportunity to take Batman out while he is still a bad guy.

My money is still on Bane or David Kane, which by the way could lead to a Batgirl cameo, but I doubt that will happen since Christopher Nolan doesn't like the idea of a sidekick for Batman.

This speculation thing is a bit of a shot in the dark, but I guess that is the fun of it. What do you think? Who do you want to see in The Dark Knight Rises?
Posted by Chris Everything at 9:47 AM No comments:

Has Tron Merchandising gone to Far? 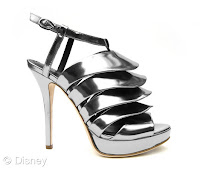 Last week, OC Weekly came out with a list of the “10 most ridiculously expensive Tron Products”. And I have to agree. OC Weekly's list includes everything from $795 pair of high heel shoes to a $2,600 necklace. This all has this blogger wondering if Disney may have taken this whole merchandising thing a bit too far.

We are all use to the idea of a film selling merchandise, from toys to videogames and statues, but shoes, iPod speakers, keyboards; I think are a bit much. Sure it makes good business sense to try and get every possible dime out of a film project, but I think they need to exercise some limits. How many women that watch Tron are going to be ready to drop $795 on a pair of shoes? I'm thinking not many, but perhaps I will be proven wrong.

What do you think? Are you planning to buy some Tron merchandise?
Posted by Chris Everything at 11:19 PM No comments: