Hey everyone just wanted to wish everyone a Merry Christmas.  May all of you have an amazing Christmas with friends and family.  God Bless you.

Posted by Chris Everything at 12:23 AM No comments: 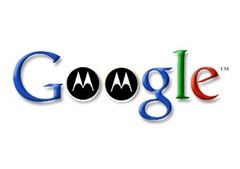 Posted by Chris Everything at 12:41 PM No comments: 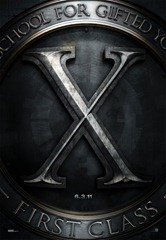 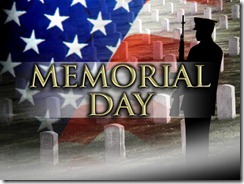 I just thought I should drop in and wish our American Friends a happy Memorial day.  I hope you all have a safe Memorial day and that you honour your great soldiers that are fighting to protect your country.

Posted by Chris Everything at 8:55 AM No comments:

Email ThisBlogThis!Share to TwitterShare to FacebookShare to Pinterest
Labels: Holiday

For anyone that has been reading this blog for some time you may have found it somewhat surprising that I stopped posting. Why did I stop, you may ask? The truth is I've been working more lately and so my blogging kind of got a sidelined because of it. Also, I found that as I blogged it kind of became my second job, just without the pay cheque. For me, I want blogging not to be jobbie, but to be more of an expression of myself and perhaps even fun.

Over the time that I have been gone I found myself being reluctant to return to this blog, but now I kind of feel that perhaps it time that I return. I'm not promising to post daily, but I want to try and get some level of consistency going. So stay tuned, I should be throwing something up in the next few days.
Posted by Chris Everything at 11:51 PM 1 comment:

Email ThisBlogThis!Share to TwitterShare to FacebookShare to Pinterest
Labels: Back

After 14 years of development and tons of delays Duke Nukem Forever gets delayed once again. As if we couldn’t see it coming.

For years, many of use online have joked about how Duke Nukem Forever will never be released. It’s been delayed and cancelled prior to this, and now that the game has some momentum behind it and they have decided to delay it again, albeit through a funny video.

At least no one can say that Gearbox doesn’t have a sense of humour on these sorts of things. What this says about the quality of game we could be seeing, no one knows. My feelings are that it can’t necessarily be good. With all of those interruptions and delays I have to think this may not be the greatest game when it comes out, even though it should probably be after this many years of development. Truth be told, I’ll just be happy if they release it, not that I am a Duke Nukem fan.

What about you? What do you guys think of this new delay? Do you even care if Duke Nukem gets released at this point?

Posted by Chris Everything at 5:39 PM No comments:

I kind of think so.

Don’t get me wrong, I know that all of these nominations are subjective as there is no scientific way to determine who was really better in a given year and thus it’s really up for interpretation whether or not someone is the best. That all being said, yesterday when the Oscars nominations were announced it was expected that Christopher Nolan would have received a nomination for Best Director, which did not happen.

This led me to the question, “Was Christopher Nolan Robbed? “ Looking at the list of nominations for Best Director (which by the way have only 5 nominations unlike the Best Picture category which has 10 nominations), it does include a list of directors from the most critically acclaimed films of the years, and so in many ways, I really can’t argue why these other films’ directors shouldn’t have been nominated. Also, I must admit that I haven’t gotten around to seeing some of these films yet, and with 5 nominations in this field, you have to think that it’s a pretty hard choice just who you nominate.

***** Just an aside, I went back over the last ten years of Oscars’ nominations and one thing I noticed is that usually if the film’s director won for Best Directing the film also won for Best Picture. There were only 3 times in the last ten years were this was not the case. So I think it’s pretty safe to say that Inception will not be winning Best Picture this year, well at least there is something like a 30% chance of it winning, assuming that the trend continues farther back.

Posted by Chris Everything at 10:56 AM No comments: 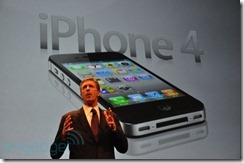 In case you missed it, Verizon just moments ago announced the release of the iPhone 4 for Verizon. After years of rumours that an iPhone for Verizon was going to be released, it finally happened. Truthfully, I use to place this rumour up there with the idea of Hell freezing over, but here it is.

As for what this means for Canada, it doesn’t mean much. Every major carrier up here already has the iPhone. Our CDMA carriers actually built out an HSPA+ network to support GSM phones and so those that wanted the iPhone probably already has it. Certainly, there are people that do live in areas that don’t have these HSPA+ network and so they will finally be able to have an iPhone, but the majority of Canadians do have access to this device. The only people that don’t have the iPhone are running on the new AWS frequencies, and so a AWS iPhone would be a much bigger deal up here than a CDMA iPhone.

This leads me back to my question, did Apple wait too long to announce the Verizon iPhone? I have to think they have. What about you? Were you waiting for a CDMA iPhone?

Posted by Chris Everything at 12:05 PM No comments:

I think the above video is just hilarious.  I could picture a company trying to come up with a service like this.   In fact I’m surprised no company has started to use this service with their customers.  There have been mentions in the past of companies considering the idea of bringing ads to your mobile phone,  and so to see it parodied like this is just brilliant.

Just kidding. I think the above video is just hilarious. I could picture a company trying to come up with a service like the one above. In fact I’m surprised no company has started to use this service with their customers. There have been mentions in the past of companies considering the idea of bringing ads to your mobile phone, but it’s never happened. The closest things we have to ads on a mobile device are the iAds on your iPad device. So you have to believe they are coming at some point. Hopefully these ads will be better implemented than the video above. So what do you think? Looking forward to ads on your device?
Posted by Chris Everything at 10:35 AM No comments: