The Hobbit may not Happen

Many of us since the release of the Lord of the Rings series, have been aching to see more from our beloved series.  That is why when they announced “The Hobbit” would also be made into a movie many of us were excited.  But that may change.  According to The Movie Blog,  MGM (the studio producing the Hobbit) is on the verge of bankruptcy, which could put and end to any dreams of a Hobbit movie.  (Then again, it may leave room for another studio to go out and pick it  up should MGM fail as a company.)

In any case its pretty sad news to hear that a studio may collapse, and at the same time I need to wonder what happened to this studio.  Hollywood recently reported one of there best summers in revenue, how could these guys not make money.  These are the guys that brought us James Bond among other movies,  something must be wrong here.

Posted by Chris Everything at 10:57 AM No comments:

Email ThisBlogThis!Share to TwitterShare to FacebookShare to Pinterest
Labels: Bankruptcy, MGM, The Hobbit

Dr Horrible on the Emmys 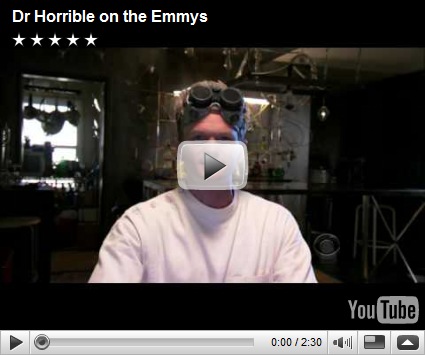 Sad but true.  The internet is probably the future of entertainment but still has the problem of the small screen (unless you know how to hook your TV to your computer), and in some cases, not to otfen now though, buffering issues.  I’m surprised that he didn’t make fun of the fact that there is not alot of money in the Internet current.  But all in all this is a funny video.

I know that many people disliked the first Twilight movie, but I don’t think anyone will have any problem with this one.  The trailer looks awesome, I just hope that the film lives up to its trailers.

Posted by Chris Everything at 10:09 AM No comments:

Bigger than ever.  That is a thought that I have of this weekend.  In all the years that I’ve been going to this convention never seen it as crowded as it was this year.  It is no surprise to me that Hobbystar (the company behind the FanExpo) is reporting a 22% increase in attendance this year, with 59,000 people in attendance. 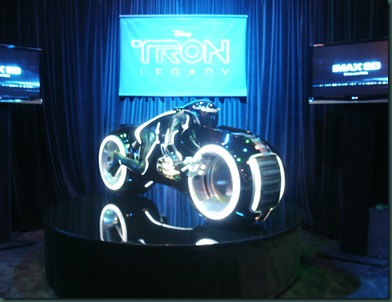 On Friday, there was a Preview of the upcoming Tron Legacy film.  It was an interesting presentation that showed a bunch of concept art for the upcoming vehicles and city in the film, as well as, some footage of a scene that they had worked out for 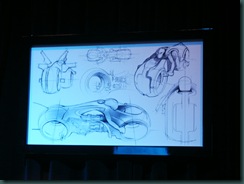 the film.  It did look impressive and we did get an idea of the vision that they had for the movie.  But they just didn’t give away any of the plot or story of the film other than the fact that this film happens many years after the first Tron film and will show us a much more mature version of the city we saw in the first film.

On Saturday, I had the opportunity to take a friend of mine that had never been to a convention.  So knowing it was her first time I decided to try and minimize the lines and just go for the panels and other things that make this convention great, as I didn’t want to ruin her first experience. And besides, I’ve kind of grown a bit out of all the waiting. 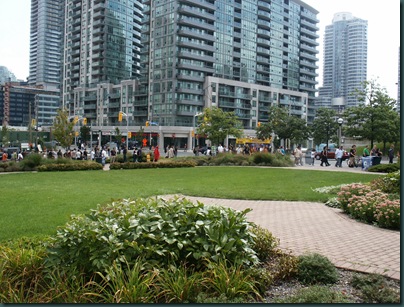 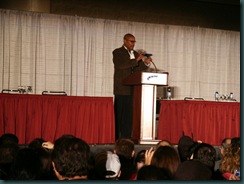 The first panel we attended was the Avery Brooks Q & A session.  It was amazing to listen to him as he is a great speaker that can articulate his ideas wonderfully.  And well, we did get him to sing a song (I’m sure someone will upload it to YouTube).

Later in the day we decided (well I did) to go to the Heroes Preview of the season 3 box set. 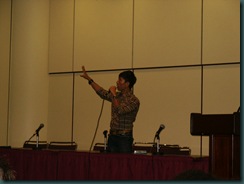 In the preview, they showed as one of the Featurettes which show how they put together some of the action scenes for the season.  After, we were had a Q & A with actor James Kyson Lee, which was pretty cool.  I didn’t know all the work he does just to speak Japanese for the show.

We finished the night by watching the Masquerade.  Now this was for both of us the first Masquerade that we have been to and it was an interesting experience.  The Host was great and the costumes that 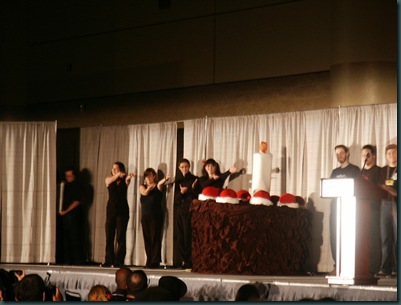 the contestants put together were very well done over all.  I would have more pictures of them, but my camera isn’t the best in low light levels. But in any case just take my word for it, the Masquerade is a great experience,  just make sure to be ready to be there for a few hours.

Sunday pretty much was used to finish any business that we had down at the convention.  Traditionally Sunday is the shopping day as many retailers drop there prices close to the end of the show to try and get rid of most of their stock. But unfortunately, I was a bit broke this year, so there wasn’t very much in the way of shopping.  But I did manager to get an Autograph with Bruce Campbell. 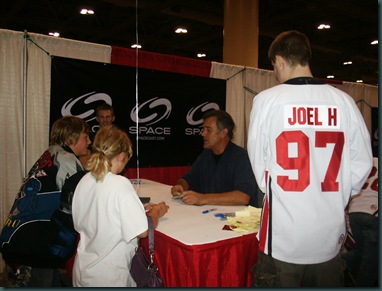 So over all the convention was a great experience for me and I look forward to going next year.

Posted by Chris Everything at 6:28 PM No comments:

Email ThisBlogThis!Share to TwitterShare to FacebookShare to Pinterest
Labels: FanExpo

I've been a fan of this show for quite some time and thought that the start of their new season was a good excuse to share it with you. This season looks like it will be a good one as there is now a rival guild involved, headed by Wil Wheaton. Combine that with some internal conflict in the Guild and I think you have a winner. I hope this show just gets bigger they deserve it.

Posted by Chris Everything at 10:16 AM No comments: