World of Warcraft with Kinect

I’m not quite sure that I would want to play World of Warcraft this way, but I must admit that it’s always interesting to see what ways people are coming up with to use Microsoft’s new Kinect peripheral. But one must wonder how Microsoft will respond.

Up until now Microsoft has allowed individuals to create whatever use they wanted for their Kinect device as long as they don’t alter the hardware. But with companies like the one above developing software to go along with the Kinect device so that you can use the device with gaming on the PC or possibly other devices, I have to wonder if Microsoft will decided to come in and take control or put a stop to all this tinkering.

In truth, no one is charging for use of their software or hack, but software development does cost money so you have to believe that at some point someone is going to want to charge or to at least ask for donations.

Then again, maybe this is Microsoft’s plan. Let a bunch of groups create and industry and then either take their ideas and incorporate it into your product or charge for licensing fees so that people can charge for their software. Microsoft is essentially a large licensing company and so it wouldn’t be too farfetched.

In any case, at this point any of this is just speculation. So what do you think? Do you plan on using the Kinect on your PC?

Posted by Chris Everything at 10:51 AM No comments:

Carriers to Charge for Services 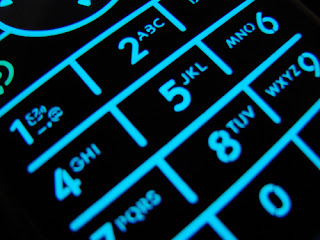 And I don't mean the ones you pay for?

All of this is bad news for anyone wanting net neutrality. With the government not too keen on passing net neutrality legislation and Google making deals with the devil, I have to believe that unless Americans really make some noise nothing is going to get done. In fact, from the looks of it, it’s going to get a whole lot worse for Americans. I also have to wonder as these companies start using technologies to determine what kinds of services you are using, (even if you are using services to obscure what it is you are doing), whether this will lead to privacy concerns.

All in all this is quite frightening. I thought us Canadians had it bad; it seems Americans may end up having it just a little bit worse. In any case, we’re going to have to wait and see who if any decide to take the plunge and begin charging. So what do you think?
Posted by Chris Everything at 11:02 AM No comments:

I think I should start this post by being completely upfront and honest with all of you. Ever since I’ve seen the Kinect, I’ve looked on it as a little more than a Wii copy. Sure it was more innovative than Sony’s Move, but it still essentially does the same thing as the Wii, just without the controller. I even got to see people use it before it launched last year when I went to the FanExpo. But it never really drew me in. It’s probably because anyone using it looks a bit foolish in doing so, but everyone that has used it did seem to be having a lot of fun.

To this day I’m still on the edge about the Kinect, but I do have a lot of hope that if nothing else Kinect will evolve into something more than what it is currently. Especially after viewing videos like the one above. With Microsoft stating that they will not pursue people that decide to use the Kinect on their PC, etc, there seems to be a lot of innovative ways people are finding to use Microsoft’s Kinect.

I have to wonder if one day we may ditch the mouse and keyboard for some other Kinect style interface. Or perhaps the Kinect will be used as a remote for your TV. I’m actually surprised no one has rigged a Kinect up to turn on and off lights in their homes as you come into and exit a room or to lock and unlock doors.

Perhaps Microsoft might be onto something with allowing the community to play with their device. I just wished other manufacturers were as willing to let people innovate with their produces. So what do you thing? Thinking of Hacking the Kinect?

Posted by Chris Everything at 1:47 PM No comments:

Just in case you missed one.

I have to give it up for the guys at Hollywood.com that put this mash-up together. I can’t believe that it is literally another year that has gone by. I feel like I just wrote a post of some of the best films of last year and here we are at the end of another year doing just that.

2010 was a good year for film over all. Sure there were some real stinkers, The Last Airbender. And we even had a film not content with being the best in 2009, decide to be re-released in 2010. All in all, it was a great year and this year isn’t even over yet. We still have Tron releasing this Friday, which is hovering around 64% on Rotten Tomatoes. Tron seems to be getting some mediocre reviews, but I’m willing to give it a chance. What about you?

So what are your thoughts on 2010? What films did you like this year?

Posted by Chris Everything at 10:59 AM No comments:

Ever since the ending of Iron Man 2 there has been some anticipation for the upcoming Thor film. With the release of the first trailer and now this subsequent one, it looks like Marvel has a good thing going with their plans for the Avenger film. Each film is building on the previous to eventually give us all the film we really want. To finally see what the Avengers can do or what a superhero film can be especially if we have characters that we are all invested in and love.

Well I guess that is Marvel’s hope. Whether or not Marvel will hit their mark with the Avengers we’ll have to wait and see, but its still an interesting experiment to watch. You have to think that if Marvel was to produce a really bad film in these serious of films, it could derail the Avengers film, depending on what character it was. Perhaps that is the reason why DC hasn’t decided to follow suit with their own Justice League movie, even though people would give their right arm to see one. Whatever the reason DC decided to hold off, I’m glad that Marvel is taking the chance.

Posted by Chris Everything at 10:07 AM No comments: