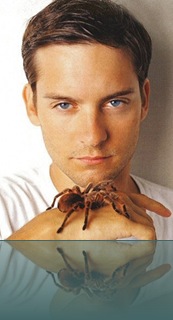 Today, the guys at Script to Screen put up a post reporting that Toby Maguire was rumoured to be in talks to play Bilbo Baggins, in the forthcoming film, ‘The Hobbit’.   This rumour has swept across the Internet, and even had at lest one confirmation of the rumour, namely through the LatinoReview.

Since then, a post was put up, by the Senior Editor of the Scripts to Screen blog John Campea, reporting  that Toby’s PR person has come out and stated that the rumours are false.

Now, I really don’t know what to think about this.   Could Toby Maguire really have played Bilbo Baggins?  I’m not sure.  If Toby had received this role I think I would have been quite sceptical of him being able to pull off the role.

Then again, I was sceptical, (as well as half the Internet), that Heath Ledger would have been able to play the Joker.  Maybe you were sceptical also.  But, now having seen the Dark Knight, I can’t see how the Dark Knight could have been as good without Heath in it.  Heath was the best part of the Dark Knight and maybe Toby would have hit it out of the park with ‘The Hobbit’.  Truth be told, I haven’t watched a lot of Toby’s films, and thus I’m unable to properly assess his acting ability.

In any case, what are your thoughts?  Would Toby be a good choice as Bilbo Baggins?

Posted by Chris Everything at 6:00 AM