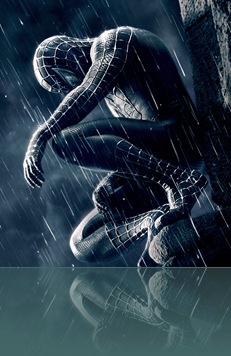 Yes, it is unfortunately true.

John Campea over at the ‘Script to Screen’ blog put up a post earlier today about how ‘Spiderman 4’ has been put on ‘indefinite hold.’

Whatever the case, the film is now on hold and hopefully this delay will be a minor one.  I was disappointed a little with the last Spiderman film and I want to see a good one before they call it quits on this series.  If the reason is that Sam wants the Vulture I think the studio should step back and let him do the characters that he wants to do.  I understand that from a business perspective, no one is going to go running to the theatres to see the Vulture.  But, Vulture is the character that is currently inspiring Sam and if he is forced to do another character that he doesn’t want to do (Venom), I think it will be reflected in the film.

And as for Toby playing Bilbo Baggins, as I said in my last post it looks like that isn’t happening, (if you haven’t read my previous post, you can find it here).  But, if there is any merit to this rumour, I think it might be time to consider possible replacing Toby.  I don’t want to see Toby leave, but I don’t think that he is necessarily for the success of the Spiderman franchise.  That doesn’t mean that I disliked Toby as Peter Parker, or that he is a bad actor, its just I think that another actor could play the character.

So what do you think?  Could someone else play Spiderman?