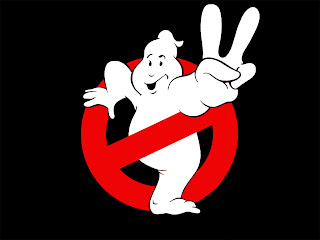 I seriously thought this movie was dead.

For those that haven't been following the Ghostbusters 3 saga,  there have been many attempts over the years to get this project off the ground, but all attempts failed to get started.  There was even a movie named "Evolution" which starred David Duchovny that many believe was the Ghostbusters 3 that Ivan Reitman wanted to make.

So, I have to wonder if this Ghostbusters 3 will fail as well.  The Latino Review is reporting that there is some interest being expressed in a screenplay that was written by Dan Aykroyd and there are currently plans to start shooting in 2011.  The only problem is that their is still no news on Bill Murray signing on to the project.  The big problem facing the Ghostbusters franchise in the past, other than interest, was that the actors weren't interested in reprising their roles.  So, Murray not signing on could represent a problem.

Personally, I've liked the Ghostbusters movies and I hope that they can get their act together and give us another film.  The only thing that I'm wondering is if this sequel is about 20 years to late.  Ghostbusters 2 was release back in 1989, and so maybe Ghostbusters would be better served with a reboot rather than a sequel.    In any case, I think a reboot should probably be considered if they can't get everyone together this time around.

What are your thoughts?
Posted by Chris Everything at 12:05 AM