Is the Wii 2 Coming? 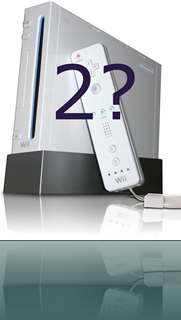 That’s the speculation over at IGN today.

Apparently, Nintendo filed for a trademark on the name ‘Zii’ back on October 30.  Now a trademark filing doesn’t mean that the company will necessarily use that name, but it could mean that something is coming down the pipe from Nintendo. If its the Wii 2, we just aren’t sure.

Nintendo has flatly denied any rumours of a Wii HD, which doesn’t really mean anything.  Apple before the release of the iPhone denied any rumour of its existence, and so its not really a stretch to believe Nintendo is doing the same thing here.

As per IGN’s update, Engadget has gotten in on the action and is reporting that Nintendo has also trademarked the names Cii, Bii, Oii and Yii.  I’m not sure why Nintendo has decided to go with all things ‘ii’,  but they felt that it was important enough to trademark these other names for some reason.  If it were up to me I would go with either Wii 2 or Wii HD if the system is capable of that.  And if those names were deemed inappropriate, I would go with something else entirely.

Who is really going to by a Oii?

Posted by Chris Everything at 10:10 PM