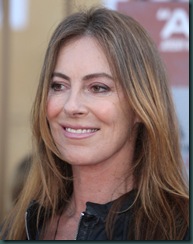 Now Kathryn Bigelow may not be a household name for many of you.  So for the uninitiated, which I’m not far off from.  Kathryn Bigelow is a film director and ex-wife of another famous director in James Cameron.  Kathryn has directed a number of films over the past 30 plus years, which include films like K-9:The Widow Maker, Point Break and now The Hurt Locker.

Now, if your like me, when you think women directors you think of romantic comedies and dramas.  But not with Kathryn.  Kathryn has to her credit a number of action films which now includes ‘The Hurt Locker’.

I have to give it up to Kathryn.  Kathryn surpassed my expectations of her and challenged the stereotypes that I had about women directors.  I sincerely hope to she her next film Triple Frontier, to see what she may do next.

So what are your thoughts?  Have you seen ‘The Hurt Locker’?