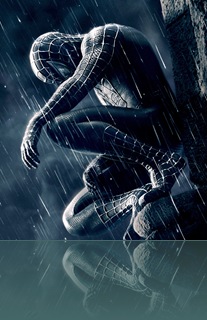 Of all the unfortunate news I never thought I would hear this.

Some of you may remember that I had put up a post about some of the difficulties that Sam Raimi and Sony were having over the next Spiderman film.  Well unfortunately,  it appears that Sam Raimi has made the decision to walk from Spiderman.

This really sucks.  Sam Raimi did a pretty good job with the Spider man franchise.  Sure he did have a bit of a miss with Spiderman 3,  but part of that I feel was the fact that Sony wanted him to have Venom in the film, while Sam had no desire to have Venom there.

But more surprising, is the news that the decision has been made to reboot the Spiderman franchise rather than simply continuing from where Sam left off.  I don’t know what to think about this move.  I know that many people will be happy to see Kirsten Dunst off of Spiderman.  But I have to wonder who they will get to direct, and who will play Spiderman.  I’m not sure if this is really a good thing for Sony to do.

So what are your thoughts?

Posted by Chris Everything at 12:13 PM