Avatar is #1 All Time Worldwide 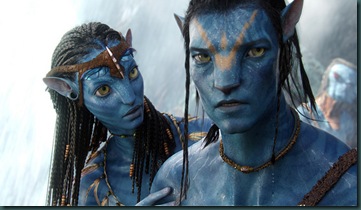 Just how high Avatar could go, no one is really sure.  CBS is estimating that Avatar could pass the $2 billion mark, which is very reasonable give the fact that there aren’t any big 3D films coming until Alice in Wonderland in March.

Avatar however, has quite away to go to break the all time box office record with adjustments to inflation.  ‘Gone with the Wind’ still holds the record with an estimated $6 billion after inflation.

But all in all, Avatar has performed really impressively.