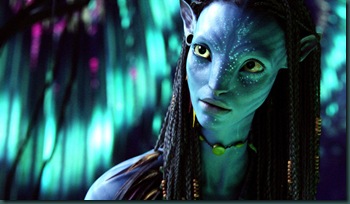 The Hollywood Report is reporting that Avatar has officially broke the record for all-time international box office sales with $1.288  billion, beating Titanic (the previous record holder) by $46 million.

I guess now Hollywood may feel some motivation to not only satisfy the Domestic market, but the markets overseas.  Which could be a good thing for those that have been wishing to see a less American centric films come out of Hollywood.

Its kind of crazy to think that just a little over a month ago many of us were wondering if Avatar would even sale, and here it is fastly becoming the Highs Grossing film in History.  James Cameron must be having a field day with those that doubted him.