Green Lantern Gets the Go Ahead 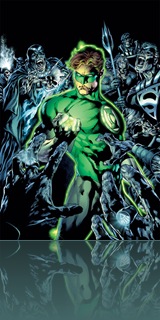 This news is currently going around the Internet with many crafty puns.  Like, Green Lantern gets a Green Light, or Green Lantern Green lit.  So I decided to just leave it at “Gets the Go Ahead. No more puns.

In any case, I’m really excited for this film project.  Green Lantern has been my favourite comic book character for sometime now and to finally be able to see him on scene is just great.

But with a $150 million budget and a great director in Martin Campbell at the helm.  I have faith that these guys know what they are doing.   So what are you thoughts on Green Lantern?

Posted by Chris Everything at 1:12 PM