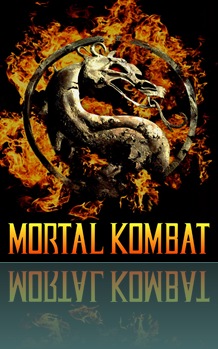 Bloody Disgusting is reporting that Warner Bros. is in talks to remake Mortal Kombat.

Mortal Kombat for the uninitiated was a popular arcade fighting game that first debuted in 1992.  In 1995, Mortal Kombat was turned into a film and released to theatres by New Line Cinema.

Mortal Kombat was a pretty good film at the time, although a bit cheesy and featured a very iconic techno music soundtrack.  Its just to bad that the sequels didn’t live up to the first film.

But now, 15 years after the release of the first Mortal Kombat film (13 years after Mortal Kombat:Annihilation),  they have decided to remake this film.  Is it too soon for a remake?  The majority of the film going audience has seen Mortal Kombat in some form and may still have it fresh in their mind, but I kind of think this is a good move on the part of Warner Bros..

I think most people have a very short memory of the past and if you want to test that, just ask them when the major blackout happened that took out most of North America.  I can guarantee they can’t remember the date or the year, some may not have even remembered that a black out occurred until you ask them about it.  But in any case, given the length of time I don’t think most people will be looking on Mortal Kombat as a sequel.  Nor will people be comparing the two films,  especially if the marketing is done right for the Mortal Kombat remake.

But, the one hurdle that Warner Bros. will need to get over is that most videogame movies suck.  Especially fighting game movies.  With Street Fighter: Legend of Chun Li in the minds of the unfortunate people that say that film, it may cause some trouble for Mortal Kombat film to be taken seriously.  Not that many people saw the last Street Fighter film.

In any case, I wish Warner Bros. the best on Mortal Kombat.  Hopefully Warner Bros. will be able to do the impossible and make a great videogame movie.