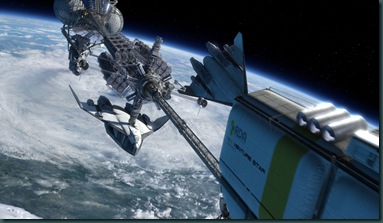 The Script to Screen blog has an interesting poll up today asking its visitors how much they think Avatar could make.  Certainly that is the question that everyone is asking these days.  Even before Avatar come out, people were wondering if Avatar could beat James Cameron’s previous film Titanic, which holds the all time box office record with over $1.8 billion in box office revenue worldwide ($600 million Domestic gross).

There is no doubt that Avatar will get somewhere up there with now over $1 billion dollars in box office revenue world wide, ~$352 million domestic gross.  Can Avatar make another $248 million domestically, or $800 million worldwide to beat Titanic?  Certainly Avatar does have a good chance given all the formats that Avatar released in.  There are people out there with a desire to see the film a second or perhaps a third time in each of the different formats. (I know I’m still waiting to see it in IMAX 3D.)

I have my money on Avatar beating Titanic.  What about you?  How High will Avatar go?

Posted by Chris Everything at 1:40 PM