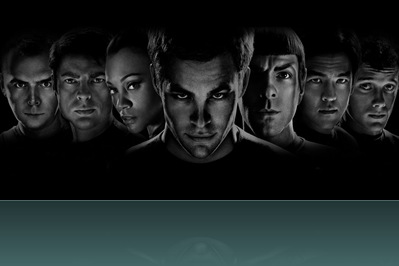 Star Trek is a series that I grow up watching.  Not that I was around when it originally aired.  I like most people caught the re-runs of the original series.  In the 1987, Star Trek the Next Generation came out and quickly earned the spot as in my TV viewing schedule.  Not that I watched it religiously, but I can still remember when it premiered, as well as, when it ended.  Here in Toronto, Citytv did a big event where they aired the series finally at the Skydome (now Roger’s Center).

Star Trek was popular.  But, unfortunately that soon changed.

Seeing the decline in ratings, Paramount decided to try something different with Enterprise.  Enterprise was a series that attempted to combine sex, violence and bad language with the Star Trek universe, but ultimately worked to turn the core audience off of Star Trek and failed to attract an audience.

It was no wonder that in 2005, Paramount decided to close up shop on Star Trek, to the dismay of the fans, who tried to save it by taking out full page ads, pledging to give Paramount $3 million if they would continue to film Enterprise.  But it was to late.

That is why when Paramount Star Trek on May 8, 2009 it was quite a big deal for us Star Trek Fans, and we weren’t disappointed.  Star Trek was designed to attract a new audience, as well as, respect the core audience of fans that had been turned away during the Enterprise days.  I can attest to the fact that Star Trek was filled with little Easter Eggs for those of us that had watched Star Trek previously, yet it worked to redefine the Star Trek universe, by getting rid of the original continuity.  Not that everyone was happy with this, but it did work for the majority.

Hopefully the sequel to Star Trek can strike the same note with us the audience and yet remain as good as the first film.