Spiderman May Have a New Director 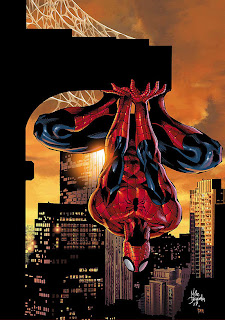 It looks like it didn't take Sony long to replace Sam Raimi. The Movie Blog is reporting that Marc Webb is apparently under consideration to helm the next Spiderman.

Marc Webb is best known for directing 500 Days of Summer last year, which by the way is nominated for best picture at the Golden Globes. (And rightfully so.)   But given Marc's lack of experience directing action films,  many are wondering if Marc is the best choice for Spiderman.  And I do share their concern.

Although, perhaps Marc's Selection to direct Spiderman does give us a hint as to the direction Sony wants to take with Spiderman.  Since Marc isn't much of an Action director, perhaps that means we may be seeing more about Peter Parker, than Spiderman.  Or at lest a much more dramatic Spiderman.

The truth is I'm looking forward to Spiderman with Marc at the helm, if that is what ends up happening.  Anyone that can do as good of a job directing 500 Days of Summer, could be a great addition to Spiderman.

What do you think?
Posted by Chris Everything at 9:37 AM