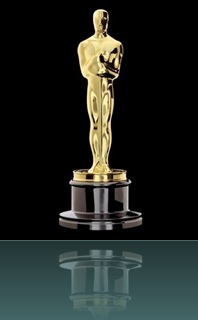 Well this is a bit awkward.  Last night I put up a post about what films I thought would be nominated for best picture thinking that the nominations were still a little ways off.  Well, I was wrong.  So if you read my earlier post just pretend that I wrote it much earlier.

With the awkwardness aside, now we can talk about the nominations.

This morning, the Oscars nominations were announced and they were pretty spot on with what people were predicting would make the list of nominations, but with some surprises.

District 9 making the best picture list is really quite a surprise for me.   I felt that District 9 was a great film, but not best picture worthy.  I would have put a film like Star Trek in ahead of District 9, but I guess its to each his own here.  We are dealing with peoples opinions here and there is no real science involved in finding out what picture really is the best overall.

My money, by the way, is still on The Hurt Locker for Best Picture and Kathryn Bigelow for Best Director.  In the Supporting category I’m going with Christoph Waltz and Mo’Nique in there respective categories.

As for the Best Actor/Actress category, I’m not quite ready to put anything down yet.  Many people are looking towards Sandra Bullock and Jeff Bridges to take the Oscar, but I’m not quite ready to commit to these two.  Sandra was great in ‘The Blind Side’ and Jeff Bridges unfortunately I didn’t get to see yet in ‘Crazy Heart’, and both won at The Golden Globes, which puts them in the lead to win the Oscar. But, they could be upset by Robert Downey Jr. and Meryl Streep who also won big at The Golden Globes.

In any case, we will all find out in just over a month who will win.

So what are your picks for best film?  And which actor do you feel is walking away with an Oscar?

Posted by Chris Everything at 1:29 PM