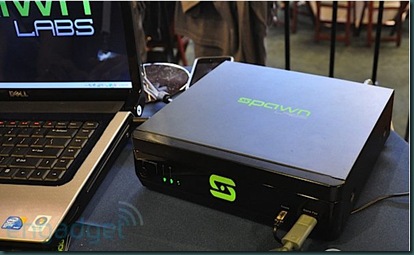 Now the HD-720 probably doesn’t mean much to most people.  I know that I hadn’t heard of it before seeing on Engadget today, so I’ll explain what it is.

The HD-720 is a product that was developed by Spawn Labs and essentially allows you to stream your videogames from your video game console across the net.  (Like a Slingbox for video games.)  Which you can then play from a laptop or computer remotely.

This could be a great device for those that travel, but don’t want to carry around their video game consoles.  Also, now with the new iPad and iPhones being able to run applications, this could be very good for those that wish to game on the go.  Who needs a PSP when you can play your PS3 on your iPhone or iPad.

I have to imagine that a device like this could hurt portable gaming consoles if it really takes off.  And at the price tag of $199.99 it could be a great device for anyone to pick up.

Posted by Chris Everything at 1:16 PM