Is The Last Airbender Racist? 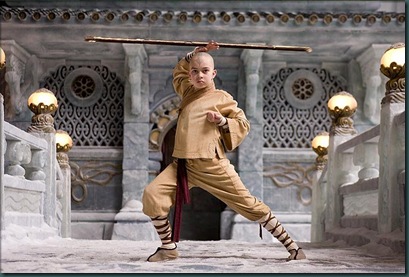 That’s the question that I’ve been wrestling with this past weekend.

It all started on Friday, when I put up the post  The Last Airbender’s Superbowl ad.  I thought that it was a simple event, thing  and then I received a comment. The commenter point out that apparently Paramount had used some unusual (racist) practises by favouring Caucasian actors for the lead roles.   This was all news to me and I took it with a great deal of scepticism.  After all, many people in society seem to like to throw around the race card.  Just last month many people were accusing Avatar of racism, which I couldn’t understand given the story is about a group of fictional blue aliens, but some people could clearly see it.
So was there really racist practises being employed during the casting of ‘The Last Airbender’s casting call? I knew I had to investigate it, since well, this argument came to my doorstep and I’m not ignorant enough to just turn someone away without giving a proper answer.

So, I decided to do some reading this weekend and to have some conversations with my friends to talk about this.  I started by heading over to Racebender.com, which was provided in the comments for my post.  On Racebender.com, there were a number of videos and articles talking about how Paramount when casting for ‘The Last Airbender’ decided to favour Caucasian actors for the main hero roles and yet wanted minorities to fill the villain roles.  This kind of seemed strange to me, since I was under the impression that Aang (the main character) was in fact Asian.  We never really get to see a lot of Aang from the trailers, but he did look somewhat Asian from the small clips that we did get to see of him, so much so, that I actually didn’t notice that the actor playing Aang was Caucasian.  This is was very disappointing, given the fact that Aang in Avatar: The Last Airbender is very clearly Asian. Their decision to go with a Caucasian actor didn't really make it or break it for me, in terms of whether or not I would see the film.  But I’m not sure about the next main point of contention.

The big allegation against The Last Airbender was that they favoured Caucasians to play the lead hero roles, but wanted minorities for the villain roles.  On Racebender.com, they had a number of posts which included pictures of the actual casting call and even a quote from Roger Ebert, as he answered a question in response to this casting call debacle.  I was initially sceptical of any of these accusations, as well as, the authenticity  of the quote from Roger Ebert.  So I did some searching online to try and find out.  And sure enough they were right.

Which was surprising to me?  I hadn’t heard anything about any kind of controversy surrounding ‘The Last Airbender’ before and I would like to think that if it was true it would at lest make the news somewhere, but nothing.  But, as I went looking for information on ‘The Last Airbenders’ casting call I found that there were a lot of complaints online about the casting chose Paramount made.  The biggest sites that I found reporting on this issue was Slashfilm, who found their casting choice curious, and Film School Rejects who would have preferred to see Asian Actors.

So the big question is, “Is Paramount racist?”  The truth is I don’t think I can label Paramount as racist, at lest not yet.  Let me explain.

Paramount is a profit driven company, and we really aren’t sure why 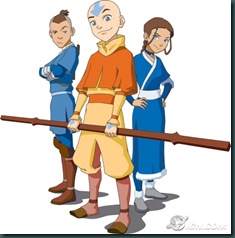 they decided to go with Caucasian actors in the hero roles, as none of us were in the room when the decision was made.  Paramount’s decision could have been made for a number of reasons.  Maybe, as one of my friends put it,  Paramount knew no one was interested to see a Asian lead.  Society could not be ready to see Asian people in lead roles.  The other reason that could exist is that Paramount is made up of a bunch of racist people.   And there could be still yet other reasons that could be thought of, but lets concentrate on the two above.

Is society ready for Asian in lead roles?  I think to a certain extent we are.  People like to see Asians in the lead role of martial arts films, but I must confess that I’m not sure we’ll see an Asian in the lead of a romantic comedy anytime soon.  Unless its a foreign film.  The point that I keep coming back to (in my mind) is that Paramount is a company that wants to make money and so if they felt that Avatar would be well served by having a Asian lead we would probably see one.  But then again, The Last Airbender is an Asian culture film and so to not have an Asian lead is a bit strange to say the lest.

Is Paramount racist?  I can’t say that either.  Paramount is the same company that brought us probably the first minority actor in a role that would normally be played by a Caucasian actor when they casted Nicelle Nicols as Uhura in Star Trek.  So I’m not ready to give them the racist label just yet. 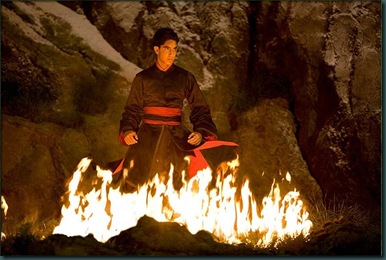 So what can we say then about this casting situation?  I think that we may have a bit of both problems here.  Maybe society isn’t that open to Asian actos in lead roles, and maybe Paramount is still victim to old thinking in terms of what they feel the audience will accept.  Paramount probably believed that they couldn’t make as much money selling an Asian actor in the lead role.  Plain and simple.  It doesn’t mean necessarily that they don’t want to cast Asian actors in lead roles, its just they don’t believe that they could and still make money.  Which is a bit disappointing since films usually work to push against the barriers in society and so for them to be conservative in this area is a big disappointment.  ( I never thought I would be complaining about anyone being conservative.)

So, what do we do?   I’m certain that some people are planning to boycott ‘The Last Airbender’.  But I won’t advocate that.  As I said, I can’t say that Paramount is really being racist here.  And lets face it,  it probably a little late for them to Re-film the movie with Asian actors.  Also, its to soon to reboot The Last Airbender Franchise.  So what do we do?  I think that the best course of action is to express your disappointment to Paramount.  Make it known to them that you feel disappointed that Paramount decided to not cast Asian Actors and hope that Paramount makes better choices  in the future.

Sorry if I’m being a bit of an activist here.  Its Monday I needed to get this off my chest.

Posted by Chris Everything at 2:27 PM