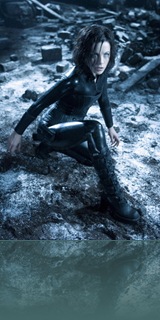 This is bad news.

I’ll make it no secret that I’m a huge fan of Kate Beckinsale, at lest as it comes to her reprising her role in Underworld.  It was unfortunate that she wasn’t in the last Underworld.

It hasn’t been stated exactly why Kate wants to leave, so your speculation is as good as mine.  Perhaps she is worried about getting type casted.  Kate hasn’t had a role that has taken off as well as her Selene role in Underworld.  Or perhaps Kate wants to concentrate on more dramatic roles. In any case, I hate to see her go, I really loved her in Underworld, but I wish her well.

But this does beg the question, who should take over?  Who would you like to see in the lead role for Underworld?

Posted by Chris Everything at 12:32 PM