Alice in Wonderland may be Banned 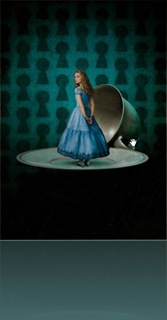 According to Cinema Blend’s post, apparently 80-85% of Netherland theatres are planning to black ball the Alice in Wonderland film, as well as, chains in England and Italy.  Its just unfortunate that theatres over here haven’t made the same kind of stand against Disney as they also stand to lose money on the film.

I’ve always thought that the whole theatre industry was a bit screwed up.  When we go to the theatre (at lest in Canada as I’m not sure about the US), we pay over 10 for popcorn and a drink, all because theatres typically don’t make money on running a film.  And so, theatres have become more of a snack bar business that shows movies rather than a theatre industry.  That is why, theatres don’t necessarily feel motivated to upgrade their equipment right away and will only do so if there is competition or if they feel they can attract more people to their theatre.

That’s probably why attendance has fallen off at the theatre.  Sure profits are up, but that’s on higher ticket prices.  And certainly there are tons of new options for people to occupy their time, but I think its simply too expensive for people to bring their families to the theatre and they aren’t getting the same experience watching a film like there was in the past.

I can remember it being an event to go to the movies.  Its not an event anymore.  And that’s kind of sad.

In any case. I think I should stop my ranting.  What do you think?  Do you agree with the theatres?  Or is Disney right?

Posted by Chris Everything at 10:52 AM