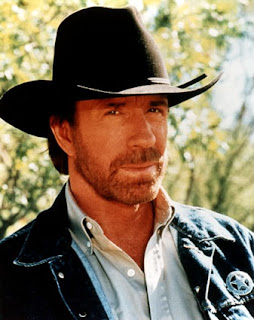 Have you ever known someone that would take a joke just a bit too far.  Well, I think its time that you add one more person to that list.

For years now, people have been telling Chuck Norris jokes about all sorts of things that Chuck Norris can or can not do  There has even been a book released of Chuck Norris jokes.   But for the rest of us who know better,  we know that the reason we still live is because Chuck Norris allows it.  And its with that fear  a bot net developer has decided to create probably the most feared bot of all.

PC World is reporting that an Italian bot net developer has created an unusual botnet that works to infect routers and modems.  This new botnet has been named the Chuck Norris botnet, which gets its name from a line in the bots source code which states "in nome di Chuck Norris,"  which means, in the name of Chuck Norris.  This new nasty virus, once it infects your router directs users to sites which attempt to install a virus on to your computer.

By the way, for those that don't know, a botnet is simply a group of computers that have been infected by some kind of virus or spyware, which allows the creator or owner of the bot net to control these infected computers to perform various tasks.  Usually these bot nets are used to send out spam, infect other computers and used in attacks on websites or servers. Also, these bot nets are controlled through an IRC channel, but they can also be controlled through other means, such as, twitter or other public sites.

That being said, you can stop it from infecting your machine.  The Chuck Norris botnet relies on people keeping the default password or creating bad passwords in order to gain access to users routers or modems. For those reading this post, it probably doesn't come as a huge surprise that you can protect yourself simply by changing your password.  But its just unfortunate that router manufactors don't take more time to make sure that out of the gate routers are not all using the same password, and to encourage users to change their password.

Currently when someone installs a new router its made to work pretty well out of the box.  So that our mothers and grand parents can use a router and the manufacturer can save on support calls.  It would be nice if manufactors felt some incentive to create better security for their devices and did something to encourage users to use better security.

Also, it would be nice if the laws allowed people to inform their neighbours that they are running an insecure network.  I know of someone in my neighbourhood that has the network name "Linksys",  aka, they haven't changed their router settings.  I know that if I was to connect to their network I would probably be violating some kind of law, and thus I haven't informed them.  It would be cool if I could inform them without fear of prosecution.  But I guess I'll just have to hope nothing bad happens to him.

Perhaps we should all hope that things change in the future, since this botnet could easily be avoided.  Well then again, it is Chuck Norris.
Posted by Chris Everything at 10:36 AM