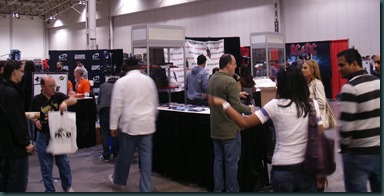 For some of you, Comic book Conventions maybe the closest thing to a religious experience that you may have in your lifetime. Kind of like your own personal Mecca. For some, it’s just a time to relax and get some pictures of your favourite artist and actors. Or perhaps it’s a place you’ll find the comic books that you’ve been scouring the city to find. Whatever the case, Comic book conventions plays a big part in the life of a fan. Did the Toronto Comicon live up to that? Let’s find out. 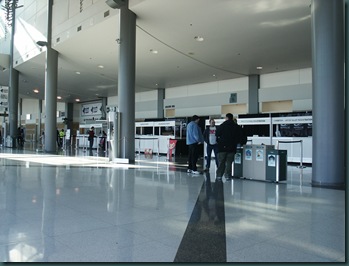 On Friday, there was a bit of a slow start for the Toronto Comicon, as the convention was a literal ghost town, especially around the 12 pm start time. It was great for anyone wanting a sketch or an autograph, assuming that your artist or actor had already shown up, as there were a few late comers to the convention. There were also a few panels that happened on Friday, but they weren’t too much to speak of sadly.

In terms of the size of the convention, it was a bit on the smaller size, which was kind of expected given that this was Wizard World’s first convention after acquiring Paradise Comics Conventions last year. The convention floor was easily navigable in under an hour, given the size and the lack of a large crowd. 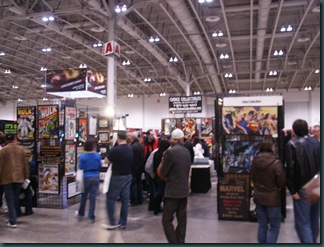 On Saturday, the convention did pick up quite a bit, as it seems that most people weren’t quite ready to devote a full weekend to this convention. It was great to have all those people there, as it gave the feeling like things were happening. With the lack of the crowds on Friday it felt like the convention was lacking, but with the crowd it felt alive. 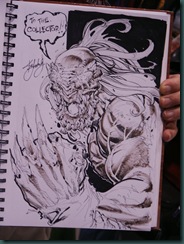 On Sunday, the crowds did continue to be at the convention, petering out near the end of the convention. But it was a great time, as I spent my day talking with the artist Ken Lashley and some of the guys waiting in line for a sketch.

Also, Wizard didn’t do much to inform people of cancellations of some of the artist and actors. I noticed a few weeks ago that Eliza Dushku had cancelled, but they were still using her image on their banner giving the impression that she was still coming to the convention, even though she wasn’t on the guest list any more.

Finally, the convention is in a bad location. The Exhibition ground is a bit of a isolated location and so there aren’t any food options other than the expensive convention food locations.

But aside from the negatives, it was an ok convention and I look forward to seeing how it turns out next year.

Posted by Chris Everything at 12:25 PM