Nexus One Arrives in Canada 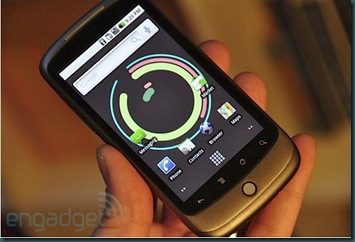 After months of waiting,  Canadians finally have the opportunity to get their hands on the Nexus One from Google.   Anyone that now goes to google.com/phone from Canada will be able to go through the order process for the Nexus One which comes in 2 flavours.  One version of the Nexus One supports AT & T and Rogers and the other supports T-Mobile (and Wind).

It’s just unfortunate that Rogers was the company that has managed to acquire the rights to the phone in Canada. But you can still buy the phone in Canada unlocked for $529 US.  Thus you don’t need to be with Rogers if you don’t want to be. (Can you tell I work for the competition?)

In any case, I’m really glad that the Nexus One has finally launched to us Canadians.  My only problem is that I just bought a Blackberry.  :(  Then again, maybe I’ll just buy the second generation of the Nexus One.  Although I do like my Blackberry.

Posted by Chris Everything at 7:35 PM