A Wonderful Night at the Movies 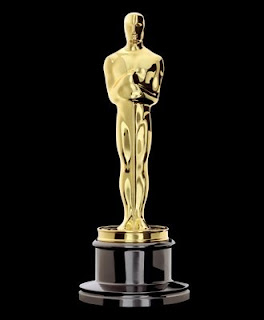 Ah the Oscars. What an amazing night.

Ah the Oscars. What an amazing night.

For those that missed it, the Oscars were held last night in Los Angeles. It was a great night, and strangely enough, there wasn’t any drag to the show. The Oscars are known for being long and boring, but ever since last year they have done a lot to the show to make it more entertaining for the watching audience. Certainly there were some interesting bits, like a dance routine for best soundtrack, but it was made up for by the great humour and wit of the show’s hosts Steve Martin and Alec Baldwin.

Last night was also a very historical night for The Oscars, with the first ever win for a female in the Best Director category in Kathryn Bigelow, and she really deserved it. Kathryn directed the best movie of the year in 'The Hurt Locker', which was a film that very much surprised me. The Hurt Locker felt like a film that was directed by a male and thus challenge my stereotype of women directors. Kathryn did an amazing job and I had no doubts of her winning.

Sandra Bullock also managed to win for Best Female in a Lead Role. I remember seeing Sandra Bullock back in Demolition Man. Back then, she was just a pretty girl that did a good job in an action film. But now Sandra has really shown how much she has grown as an actress. For a min, I thought that Sandra wasn't going to get the Oscar, but sure enough she won. Sandra also made history with her win. Sandra is now the first person to win a Razzie and an Oscar in the same year.

By the way, for anyone that was wondering, my predictions were right on. I was actually surprised to see that everything on my list actually won. Not that it was a thorough list. But it’s still interesting given that the Oscars can be sometimes unpredictable in their choices.

In any case, did you watch the Oscars? Did you think Avatar should have won more awards?
Posted by Chris Everything at 9:15 AM