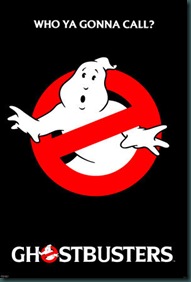 I think the poster says it all.

Just as Ghostbusters 3 was finally picking up steam, having signed on the original cast and director of the film, it looks like there is still trouble ahead for this film project.  Cinema Blend is reporting that Sony now wants to reboot the Ghostbusters franchise.

Apparently, Sony wants to take the same approach that they are taking with Spiderman, in hiring a hot new director and having a young cast.  The only problem with Sony’s plan is that Ivan Reitman, the producer/director of the next Ghostbusters film doesn’t want to let Sony do it. And I don’t blame him.

Ivan Reitman has been trying for about 20 years to make a Ghostbusters 3 and now that he finally gets his chance Sony wants to pull the plug on him. So I feel for Ivan, but is Sony right to reboot the franchise?  I think so.

Let’s face it.  The Ghostbusters franchise hasn’t had a sequel in a little over 20 years.  And although I would love to see the original cast back again,  I know that the majority of the current film going audience (anyone born after 1989) probably hasn’t seen a Ghostbusters film and thus the Ghostbusters would probably be better served by a reboot than a sequel.

Sorry guys. What are you thoughts? Do you want to see a sequel or a reboot?

Posted by Chris Everything at 5:54 PM