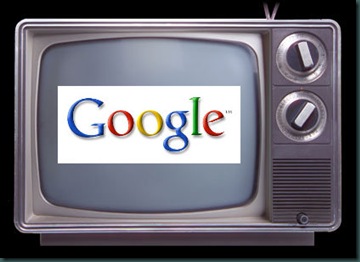 Google TV is coming to a home near you. I think.

The Atlantic Wire is reporting that Google is currently working on a TV streaming service for home televisions. Apparently, Google has been in discusses with TV service providers for the past year and may have a partnership worked out with Dish Network to offer its streaming service to Dish Network’s 14 million subscribers.

Google moving into the TV streaming business makes a lot of sense, as it follows Google’s progression into the online video streaming industry. Google started with their Google Video service in January of 2005 and a few years later bought YouTube in 2006. Although Google has pretty well abandoned their Google Video service they have continued to work on YouTube, and have recently introduced the ability to stream HD video. To move on to TV sets, which are now a day’s coming with built-in Wi-Fi is a no brainer. And to hook up with a provider that has millions of subscribers could be quite profitable for Google.

This is a really good move for Google. I can’t wait to see how Google’s service will turn out. Hopefully, they won’t have any geo lockout on their videos like some other video streaming services.

So what do you think? Would you subscribe to a Google streaming service?

Posted by Chris Everything at 1:10 PM