Avatar to Re-Release This Summer 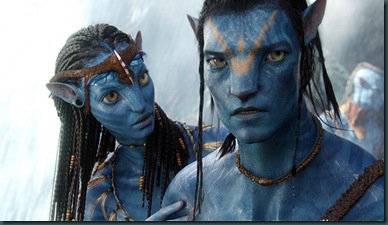 Just when you thought that Avatar news would finally die,  it looks like Fox is set to re-release it.  According to The Hollywood Reporter, Fox was up until Disney’s Alice in Wonderland released a couple of weeks ago, pulling in millions of dollars from their IMAX and 3-D showings of Avatar.  Thus Avatar’s producers felt that had Alice in Wonderland not released they could have made a lot more money.  So un-content with the over $2 billion that Avatar has made,  Fox and James Cameron are currently negotiating to re-release Avatar in late summer with some additional footage.

Now I thought that Avatar was a great film and I would like to see it again sometime.  But, I have to think that summer is a bit too soon for most people.  It would be preferable to see Fox re-release Avatar around January when they traditionally re-release big films from the previous year.

And besides, if Avatar gets re-released in summer it’s sure to bump another big film.  There are going to be a bunch of 3-D films releasing between now and the summer. So, for Avatar to get 3-D and Imax theatres it’s going to have to bump those films out. Let’s give every film its fair share Fox.

Also, Avatar is going to have to compete for an audience during the busy summer period.  When Avatar released in December, there really wasn’t any big movies being released and thus it profited from there not being any comparable movies on the market at the time.  Thus it’s doubtful Avatar will have the same impact in the summer film season, especially against another blockbuster.

Fox should just hold off on the re-release.  It doesn’t make sense to re-release Avatar in summer.  Then again, that’s just my opinion.

Posted by Chris Everything at 1:34 AM