My Oscar Picks For Tonight 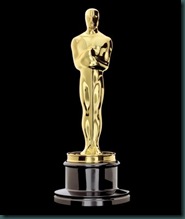 As most of you know,  the Oscars are tonight.  So I thought it would be a good idea to come up with a list of films and actors that I believe will walk away with an Oscar.

I know that some people will disagree with my list and that’s fine.  Trying to predict what film or actor will win an Oscar isn’t exactly a science. So it s ok if we don’t agree.

Hopefully this list will be somewhat close to what happens tonight. So, the only question is, Do you agree with my list?  Who do you think should win an Oscar?
Posted by Chris Everything at 5:04 PM