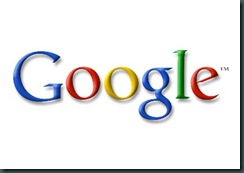 This is one of those stories that just makes me wonder what Google is up to.

Google over the years has created a number of services from e-mail to search all for the benefit of our online lives. But, it now appears Google is not content with the services they currently have and are looking to add a few more. According to Engadget, Google also wants to be the company that you use to buy your music. That’s right. According to the newest rumours, Google is looking to open their very own music store.

Now an app store does make a lot of sense given that Google has ventured into the mobile operating system market, but music? I have to wonder if a music store is just a bit much. Sure Microsoft and Apple have music stores, but they also have music devices, something Google lacks. Perhaps these rumours are only a prelude to Google releasing a portable music player. That would be a story if Google did release a music player, but I would still have to question why. Google’s focus has been on the Internet for the longest time, as that is where they are currently making their money. Everything about Google has been up to this point, to get us to use the internet more so they could make more money off their ads. Perhaps a music store, assuming the rumours are true, signifies a shift in Google’s strategy.

I strongly believe that a company like Google which essentially makes all their money off of a single product does need to diversify their portfolio, but I have to wonder if music is the right direction for that. Then again, I’m not a business person. Perhaps someone out there will be able to set me straight on just why this move could make sense. Until then, I guess I’ll just have to speculate.

Posted by Chris Everything at 11:18 AM