Neil Blomkamp Is Not Directing the Hobbit 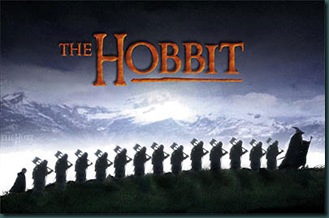 Not too big of a surprise.

For those that don’t know, sometime last week a rumour started to circulate around the internet, that Neil Blomkamp was in talks to direct the Hobbit. I decided not to report on the issue, but to instead wait and see just how it would turn out. Today I got my answer and I was right in waiting.

The Movie Blog, as well as, a number of other sites are confirming that Neil Blomkamp will not be directing the Hobbit. Not only is Neil not directing the Hobbit but, according to sources in his agency, Neil wasn’t even approached by the studio to direct. This does make a lot of sense give the uncertainty of the film project given MGM’s money woes. Why approach a director when you don’t even know if you can give him the film?

All of this kind of leads me to wonder how these rumours started in the first place. For the short time I’ve been doing this blog I’ve noticed that casting rumours seem to have a very low chance of being right, yet they are always reported regardless of their accuracy. Perhaps it’s because it’s the Internet so we’re not interested in having completely accurate information, just as long as we are on the cusp of the information coming in. And I’m guilty of reporting these rumours myself, since no one wants to be the guy that isn’t reporting on these rumours.

Whatever the case, I hope we come to some kind of resolution where by accurate information is always getting put out.

Posted by Chris Everything at 7:26 PM