Fraggle Rock’s Director on the Rocks 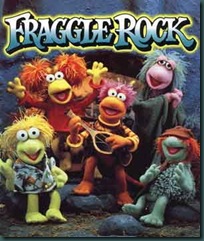 When I was a kid, I was a huge fan of Fraggle Rock. With Jim Henson at the helm back in those days, the show was just amazing. Now with a film in production, I find myself feeling a bit interested to see what they will end up doing to update this franchise.

But alas, there appears to be trouble on the horizon for Fraggle Rock. According to Fraggle Rock’s current director/writer, Cory Edwards, the Weinstein Company has not only rejected his script because they felt it wasn’t edgy enough, but they have also moved to hire a new writer, all without consulting him.

Now I don’t know about you, but when a film company starts to make decisions about your film project without consulting you about those decisions while you’re in charge of the film project, I think it’s fairly safe to say that you’re not in charge. At least you’re not in charge any more. I have to feel sorry for this guy since you can tell from his post that he feels quite angry and confused by what the Weinsteins are doing. Certainly the Weinsteins are within their rights to replace him as writer and as director if they feel that he isn’t up to the job, but we would just hope that the Weinstein Company would handle it a bit better.

One has got to wonder just how bad was Cory’s script that the Weinsteins had to make this decisions? Or do the Weinsteins just not have a clue? Whatever the case, we probably will never know the answer to this one.

Posted by Chris Everything at 11:08 AM