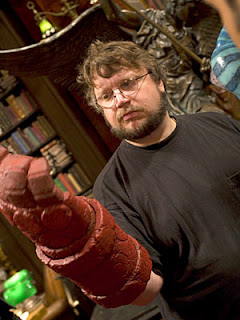 Now I know that this news will be greeted both with excitement and with great sorrow. Yesterday, Guillermo Del Toro announced that he would be leaving The Hobbit films due to the delays in filming. The Hobbit has been on hold for some time now due to MGM’s financial woes.

I know that some people will be happy since it could open the way for Peter Jackson to return as director of The Hobbit, but I was really looking forward to seeing just what Del Toro would do with The Hobbit. Del Toro is well known for his creativeness. From Pan’s Labyrinth to Hell Boy, Del Toro seems to continue to one up him with each new film. This is why it was actually good news for me when Del Toro was named director of The Hobbit.

Sure I would like to see Peter Jackson direct The Hobbit as well, but sometimes it’s good to have someone else on board as well. Del Toro will still be staying on as a co-writer on the project, but I have to wonder now if The Hobbit will even happen. Let’s all keep hoping for the best.

********** Update:  It appears that Peter Jackson doesn't want the directing gig for The Hobbit as well.  I wonder who will be willing to step in.
Posted by Chris Everything at 10:26 AM