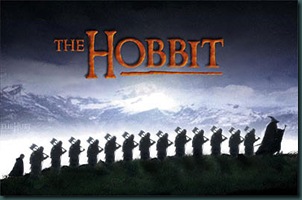 Well this is an interesting turn of events. Many of you may remember that a few years back many of us were wishing the Peter Jackson would take on The Hobbit films, but ultimately Guillermo del Toro won the directing job. Just as we became comfortable with the idea of someone else directing The Hobbit films, del Toro was forced to drop out due to his previous commitments and the continuing delays on filming. Following del Toro’s departure, Peter Jackson was viewed as a likely choice to take up the directing reins, but he apparently didn’t want them.

But now there are reports that came out on Friday that Peter Jackson is currently negotiating to direct the Two Hobbit films. Which really leads me to ask what has changed? Why the sudden about face? Perhaps Peter was worried the project would be cancelled without a director, and thus wants to direct to insure the project moves forward. But then again, there are probably other reasons.

Let’s face it. Peter Jackson since he left Middle Earth hasn’t been exactly hitting it out of the park with the films that he has been producing. Can Peter Jackson make a comeback into the world of directing? I believe he could. And the Lord of the Rings could be just the thing to get him back into it. Perhaps a good Hobbit film could help people forget the films that followed.

Whatever happens, I would like to wish Peter luck. He still has a talented filmmaker in him and I would hate to see him go off into obscurity.

Posted by Chris Everything at 11:16 PM