Wizard World is Coming to Town

For those of you that didn’t know.  (Which I think makes up the majority of people reading this.)  Last year, Wizard Entertainment purchased Paradise Comics' Toronto Comicon. At the time of the purchase, It was announced that Wizard would be holding the next Toronto Comicon sometime in 2010.

Well, this week as I checked WizardUniverse.com, I noticed a little ad for the Toronto Comicon, which will be held this March 26-28, 2010. Now, I haven’t been reading comics for a few years now, but I still like going to the conventions.  And now that Wizard World is behind this convention, I’m just excited to see what they will do with this convention. 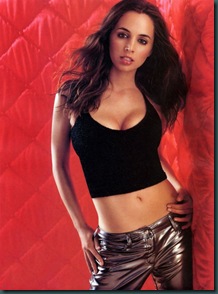 Wizard’s line up for the show is pretty good, not as good as Hobby star's FanExpo line ups, but good non the less.  I really like the fact that they were able to get a hold of Eliza Dushku.  I’ve  wanted to meet Eliza for a while now and its not because she is an attractive young women.  (Ok, I didn’t buy that one either.)  But, in any case I have been a fan of hers since Buffy, and it sucks they cancelled her last show, Dollhouse. I really liked that show.

The other guests are ok also, with Christian Serratos of ‘Twilight’ Fame.  Ernie Hudson from ‘Ghostbusters’ and more recently Heroes;  Margot Kidder from the ‘Superman’ films. And a few old time wrestlers.  Its a pretty rounded expo and hopefully it will be a lot of fun.

Posted by Chris Everything at 10:30 PM