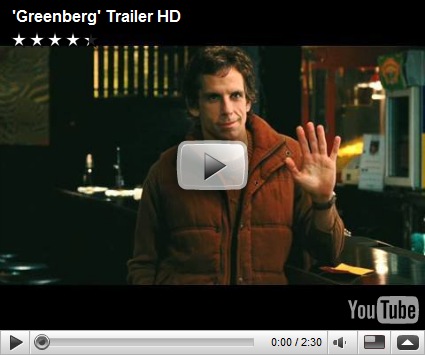 I have to say that I usually enjoy Ben Stiller movies.  He’s a comedian that doesn’t use a lot of cheap comedy. His comedy is also pretty clean and deals with issues of vulnerability, etc.. That's why I’m a little sad to see this film.

Looking from the trailer, this film seems to be a step out of comedy for Ben Stiller.  I have to wonder why.  Maybe there just isn’t money in comedy any more or maybe he just wants something new.  In any case if he leaves comedy he joins the likes of Jamie Foxx, and Rob Williams that have, until recently, been doing more serious roles.  (That is excluding Old Dogs for Rob Williams.)

I just hope that he continues to do comedy.  He will be missed if he leaves.

***Just thought that I would mention that there I first saw this video posted over at The Movie Blog.

Posted by Chris Everything at 10:47 AM