The State of the Wii Address 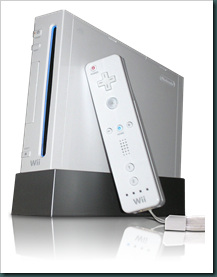 For those that have been keeping track, the Nintendo Wii recently passed a milestone.  It was 3 years ago on November 19, that the Nintendo Wii released to the world.  How have things changed since then?  Did the Wii really bring in a revolution in game designs?

Three years ago, I woke up at 3 o’clock in the morning, headed to my nearby Best Buy store, and waited for the next 5 hours in the cold to make sure I could get a Wii.  (I waited 5 hours because they decided not to hand out the sheets that reserved your Wii until the store opened at 8 am and not the 6 am as advertised, but that’s another story).   I was number 33 of 35, which made me happy that I was able to get a Wii given the shortages that year (and I really didn’t want to wait for one). 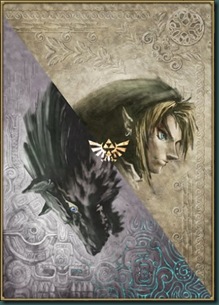 Back then, I was very excite for the system, as I read all the stuff about the motion control, plus the fact that they decided to release Zelda at launch (I love Zelda).  I remember coming home from church that day, setting up the Wii, and immediately getting into Zelda: Twilight Princess, and just absolutely loving it.  Zelda was amazing game that used the motion control brilliantly, and it still is a great game, having played it through recently.  But I find the Wii hasn’t progressed much past than.

Certainly motion control and the overall success of the Wii has been a inspiration for the industry, with both Microsoft and Sony creating there own motion control systems.  Its just that I don’t really see the Wii doing anything revolutionary with motion control.  As far as I’m concerned the system has  become relatively dead in the water these days in terms of carrying their innovation forward.  Microsoft seems to have a greater handle on the future of motion control than Nintendo with all the things they have planned with Project Natal, which is disappointing given  Nintendo started the motion control idea.

Don’t get me wrong.  Whenever Nintendo has released a game for the Wii it gets high scores on every review website and the controls are great.  It’s just that it seems Nintendo doesn’t have the will to do something really great with the system.  Given that the Wii is really a modified GameCube, Nintendo could have come up with a great online strategy that would have at lest made up for some of the Wii’s hardware short fall with its competitors (or very innovative games).  But the Wii still uses Friend codes for basic connections (so out dated) and hasn’t moved forward to try and create an online community like Microsoft and Sony have.  Nintendo doesn’t have much of an online strategy as it leaves it up to the developers to decide what to do in terms of online game play.  This decision by Nintendo has let to not being a lot of online games for the Wii

Also, the third parties seem to haven’t quite completely gotten the Wii yet.  Other than some bright spots in games like the Conduit (which I’m still waiting to pick up (confession time here)), many of the third parties have been obsessed with bringing ‘Shovel Ware’ to the Wii.  By ‘Shovel Ware’, I mean games that are direct ports of games that a company built for another system, without considering the Wii’s unique control system, and thus, creates a game that is identical to the game that was on another system, but with poor controls.  The Wii has been plagued with these games and an unending supply of mini games.

Having said all that, the Wii does show some signs of hope though.  Nintendo is continuing to try and design new games for the system and to push the boundaries as no other company.  Nintendo recently announced that their forthcoming Zelda game will use a different ‘flow’ design then we are use to from Zelda games. Nintendo has also created some alternative games that have gotten non gamers excited about gaming, with Wii fit and Wii Sports resort.

My problem with the Wii is that I feel that my group of gamer has been a little underserved.  I grow up with Nintendo and I like my Mario and Zelda and Metroid group of games.  I do also enjoy Wii Fit and Wii Sports,  its just I don’t want to play mini games and Wii Fit all the time.  I like to be in a game that is immersive and more to the hardcore end of the scale.  (Even though I’m more casual with my play.)

It has really been sad for me being a long time Nintendo fan having my Wii just sit there for months on end.  There have been a few games that have made me pick up my Wii like Punch-Out and Wii fit Plus, but I want more out of the system.

Maybe I’m asking for too much from my Wii,  its just I want to be excited for this system again.  How do you feel?  Are you a Wii owner?  Do you still play it?

Posted by Chris Everything at 10:06 PM