Edward Norton is a Jerk 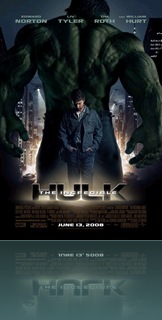 Well that is according to Marvel.

Wow this is kind of a surprising turn of events. Anyone that watched the 2008 film Hulk knows that the film was pretty amazing. Hulk was a big step up from Ang Lee’s The Incredible Hulk, but unfortunately it didn’t do as well at the theatre as Ang Lee’s version. It has been the assumption that the Hulk franchise might get cancelled due to how well it had preformed previously at the theatre.

That is why we believed that there wasn’t a new Hulk film announced up until now. That is why it has come as a big surprise that the real reason for the delay in the next Hulk film was that Marvel was considering replacing Edward Norton. Even though Edward Norton did an amazing job as Bruce Banner it appears that his off screen antics were what sunk him. It is no big secret that Edward Norton likes to have “some influence” in the way that the films that he is in are produced. But it appears that Edward may have over done it this time. Marvel in their statement said,

“We have made the decision to not bring Ed Norton back to portray the title role of Bruce Banner in the Avengers. Our decision is definitely not one based on monetary factors, but instead rooted in the need for an actor who embodies the creativity and collaborative spirit of our other talented cast members. The Avengers demands players who thrive working as part of an ensemble, as evidenced by Robert, Chris H, Chris E, Sam, Scarlett, and all of our talented casts. We are looking to announce a name actor who fulfills these requirements, and is passionate about the iconic role in the coming weeks.”

In other words, Marvel felt that Edward Norton's controlling nature would interfere with what they wanted to accomplish with the Avengers so they are removing him. Edward must have been a big enough jerk on set to have them decide to not have him in the Avengers. In many ways, I’m a bit disappointed to see Edward Norton gone from the Hulk. Edward did a really good job, but I do understand Marvel’s decision.

What this means for the next Hulk is uncertain. In this statement we at least know the Hulk will be in the Avengers, but will Marvel want to cast another actor for a third Hulk film? Three actors in 3 movies, I’m not sure if that is a great thing, but personally I would like to see if the Hulk could move on without Edward Norton.

What do you think? Should Marvel keep Edward Norton?

Posted by Chris Everything at 10:53 PM