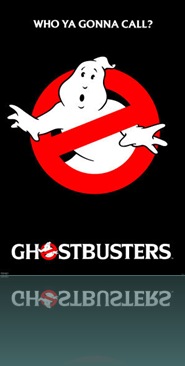 Why is this news?

Over the past months, if not year, Bill Murray has been quoted in a number of sources as saying that he believed that Ghostbusters was a crock, but yet every time he says it, its reported as if its news. Bill doesn’t like the idea of a Ghostbusters 3 film, so much so that he only agreed to be a part of it if they killed him off early on.

Yet this time around it appears that Bill Murray may be right. Apparently in a recent interview with GQ magazine, Bill commented on the fact that Harold Ramis’ film Year One which failed at the box office last year, had an effect on whether or not Harold will be give the go ahead to do a Ghostbusters 3. According to Bill, Harold had employed the same writers that wrote Year One to also write Ghostbusters 3, which logically had a negative impact on Ghostbusters 3.

If in fact Harold Ramis and the same writers of Year One are working on Ghostbusters 3, I think I’m going to have to agree with Bill here, they need to get some new writers and perhaps change directors. Sorry Harold. Year One wasn’t the greatest film ever. Having seen Year One I would have to put it in the ok pile, which is not what I want in a Ghostbusters film. Ghostbusters 3 needs to really hit it out of the park, or its better off not happening. At lest that is how I feel.

Posted by Chris Everything at 9:38 PM