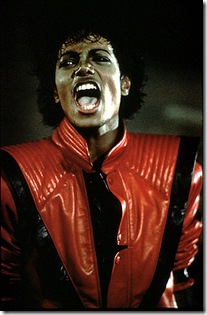 Back in the 80s, I can still remember when as a kid, I watched the premiere of the now famous Thriller video following an episode of Entertainment Tonight. Back then I was a huge Michael Jackson fan and the video was pretty amazing, as it was, if I remember correctly, the first music video which was a short film. Even in today’s standards the Thriller video stands up pretty well and shows just how ahead of the curve the video was back when it was released. That is why it’s not too surprising to hear that there are now plans to make a feature length film based on Thriller.

In to direct this film adaptation is Kenny Ortega, who was the director of Michael’s previous venture, This Is It. Also attached is writer Jeremy Garelick who is best known for his writing work on The Hangover.

According to BeatCrave, the story of this film is said to revolve around Horror legend Vincent Price. Exactly how that could be accomplished is a bit of a mystery as Vincent Price Died back in 1993. Perhaps they will simply use a body double or completely recast the character Vincent played in the Thriller video.

Whatever the case, I’m actually looking forward to seeing what these guys come up with. Hopefully they can live up to the experience I had as a kid. What about you? How do you feel about the idea of a Thriller movie? Should they just leave Michael’s stuff alone now that he is dead?