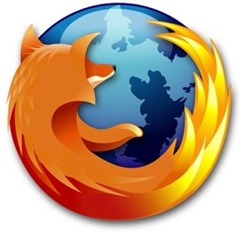 A few days ago, at Toorcon 12 a disturbing new extension was announced for the popular web browser Firefox, called Firesheep. Firesheep essentially is an extension that allows you to capture insecure cookies from a wireless hotspot, thus allowing you to take over someones logged in session.

By now you’re probably thinking that this guy is horrible for creating this extension. I actually think he is kind of the good in doing so. For years now, people have been able to do the same kind of attack, called Sidejacking, but many of the big sites online haven’t done anything about it. So the creator of this extension decided to create this extension in order to force these sites to better protect their users.

Sidejacking, for those curious about it, works because of the fact that most major websites don’t encrypt the majority of your traffic. When you log in, they may encrypt that portion of your exchange where they give you a cookie to validate who you are when you’re logged into their site. But following the log on, many sites stop encrypting, so anyone that is listening to your exchange with that site can simply grab the cookie that you are sending back to the site and use it to pretend to be you, thus allowing them to take over your session.

To protect against sidejacking, sites would simply have to encrypt all of your traffic by forcing you to use SSL when ever your logged into their sites, but unfortunately many sites are worried about the extra overhead required to encryption all of their traffic. Which could mean that even with the availability of Firesheep, some sites may opt not to use SSL encryption all the time.

By the way, anyone wanting to protect themselves from sidejacking can follow some simple rules. Never use open Wi-Fi, or if you do, make sure that you are providing your own encryption through a VPN service or SSH tunnel with a Sock proxy. Sidejacking occurs primarily in these open Wi-Fi shops were the person running the Wi-Fi usually doesn’t provide any kind of encryption for its users, which by the way wouldn’t necessarily help since all of the users sit on your same network while you’re in these Wi-Fi spots.

Posted by Chris Everything at 11:27 AM