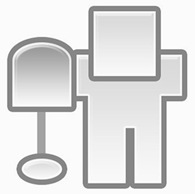 After months of bad news about Digg, yesterday there came more bad news, in that Digg has decided to downsize their business, by slashing 37% of their work force. All of this follows months of news of Digg’s reduced traffic levels following Digg’s version four release. Many users were angry with the way that the fourth version of Digg seemed to favour larger businesses and thus revolted filling the Digg front page with stories from Reddit before leaving.

The truth is I find this news disappointing, as many users never gave Digg a chance to fix their problems before throwing a tantrum and then leaving. Sure it did allow for big businesses to have a better chance of getting their stories read, but there were also a lot of other improvements that were made that were over looked. In truth, Digg may have eventually revised their list of people to follow just like how they backed down on the whole Blu-Ray encryption key fiasco, but people weren’t really interested in waiting for Digg to make those improvements.

Then again, I don’t necessarily blame people for leaving. With Digg still being filled with bugs, the site does feel a bit like a beta product and is not as polished as the last iteration of the site. Perhaps it’s a good idea for them to downsize and refocus on what their product is, because it’s still a good product and the user base can be rebuilt. The fact that Digg is still making headlines proves they still have a foot in the web game and they can definitely turn it around.

What do you think? Do you still go to Digg?

Posted by Chris Everything at 8:58 AM