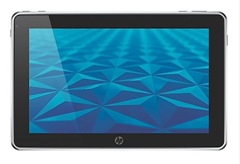 But do you care?

After many months since its announcement, the HP Slate has finally released to market at the hefty price of $799. This device does come fully loaded as a,

But one must wonder if this device is a bit late.

After so many months since the announcement of the HP Slate 500 many people had already forgotten about this device and many even wondered if it would make it to market. At this point there is no buzz around the HP Slate 500, and at the price of $799 I have to wonder how many they will sell. Sure it does pack a lot more power than the iPad, but no one knows about the HP Slate. Even the Playbook which hasn’t released yet has more going for it. The only advantage the Slate has over the Playbook is that it’s out in the market, but the fact that it doesn’t support a 3G data connection could be a bit of a hurdle for the device.

Whether a business professional will pick up a Slate is hard to tell. With the Playbook making some noise recently he may just wait for it to release, well that is assuming that he already doesn’t have an iPad. I do wish HP and Microsoft luck on this device, but I can’t see them pulling off some good numbers with this device. What do you think? Have you even heard of the Slate before this post?

Posted by Chris Everything at 11:21 AM